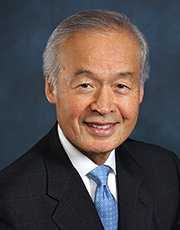 DISTINGUISHED ACHIEVEMENT AWARD
Tadataka Yamada, M.D. (Sc.D.Hon. 2015), was a venture partner with Frazier Healthcare Partners and the 2021 recipient of the Michigan Medicine Alumni Society (MMAS) Distinguished Achievement Award. Yamada served in numerous prestigious positions, including president of the Bill & Melinda Gates Foundation Global Health Program, where he oversaw grants totaling over $9 billion in programs directed at applying technologies to address major health challenges of the developing world. He wrote more than 150 manuscripts on gastroenterology, and was a member of the National Academy of Medicine (U.S.) and the National Academy of Medicine (Mexico), as well as a fellow in the Academy of Medical Sciences (UK) and the American Academy of Arts and Sciences. Yamada also was chief of the Division of Gastroenterology and chair of the Department of Internal Medicine at Michigan Medicine. He received numerous awards and recognitions, including Knight Commander of the Most Excellent Order of the British Empire, the Honorary Citizen Award from Singapore, and the Order of the Rising Sun, Gold and Silver Stars from Japan. He served as president of the Association of American Physicians and of the American Gastroenterological Association and as a member of the President’s Council of Advisors on Science and Technology. At the time of his passing in August 2021, he was a member of the board of directors of the Clinton Health Access Initiative and U-M Health. 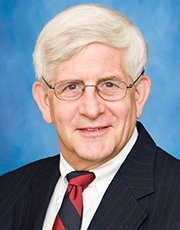 DISTINGUISHED SERVICE AWARD
James A. Knol (M.D. 1974, Residency 1980), professor emeritus of surgery, received the MMAS 2021 Distinguished Service Award. He joined the Michigan Medicine Department of Surgery in 1980 as an instructor at Wayne County General Hospital, which was part of the U-M Medical School residency at that time. He did research in the animal laboratory at the Ann Arbor Veterans Administration Hospital (VA) on pancreatitis and pancreatic blood flow. He joined the Michigan Medicine faculty in 1982, and he worked primarily at the VA until 1987, when he transferred to the GI Surgery Service at University Hospital. His research interests transitioned to pharmacodynamics of chemotherapy agents used in GI tumors. From the early 1990s until his retirement in 2020, his focus was mostly on teaching complex operations and patient care to residents and teaching medical students on rotation in the Hepatopancreatobiliary and Advanced GI Surgery Service. 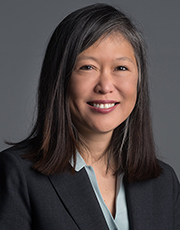 HUMANITARIAN AWARD
Jennifer Kim (M.D. 1995, Residency 2000, Fellowship 2001), clinical professor of otolaryngology-head and neck surgery and co-director of the Facial Plastic and Reconstructive Surgery Fellowship, received the MMAS 2021 Distinguished Humanitarian Award. She joined the Michigan Medicine faculty in 2002 and has since established a multidisciplinary facial nerve disorders clinic and microtia clinic. Since 2007, she has returned annually on surgery missions to Guatemala, Peru, and Vietnam to perform microtia reconstructions and teach local surgeons advanced surgical techniques. She also helps train otolaryngology residents and faculty in Haiti and Ecuador in facial plastic and reconstructive surgery. 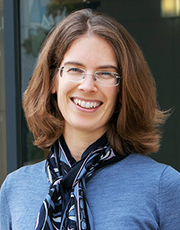 EARLY DISTINGUISHED CAREER AWARD
Renée A. Shellhaas (M.D. 2001, M.S. 2009), clinical professor of pediatrics, research director for the Division of Pediatric Neurology, and director of career development for the Department of Pediatrics, received the MMAS 2021 Distinguished Early Career Award. After joining the Michigan Medicine faculty in 2007, she completed a master’s degree at the U-M School of Public Health in clinical research design and statistical analysis. Her work on neonatal seizures includes discoveries regarding the genetic basis of neonatal epilepsies and the optimal treatment duration after acute symptomatic neonatal seizures. She also has done collaborative work on early-life epilepsies and established herself as an expert on neonatal sleep research — with a multidisciplinary team of members from six departments. She leads a National Institutes of Health-funded multicenter study of sleep-disordered breathing among infants who have myelomeningocele and currently serves as associate editor for the journal Neurology. 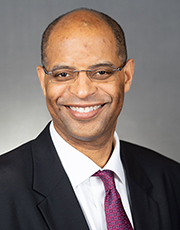 BASIC SCIENCE RESEARCH AWARD
John M. Carethers, M.D. (Fellowship 1995), the John G. Searle Professor of Internal Medicine and chair of the department, received the MMAS 2021 Distinguished Basic Science Research Award. Before joining the Michigan Medicine faculty, he grew his laboratory-based research on DNA mismatch repair and colorectal cancer pathogenesis in San Diego and served as the main physician for hereditary colon cancer referrals in Southern California. He also has an interest in colorectal cancer disparities in genetics and outcomes and has published more than 200 manuscripts and book chapters. He was elected a member of the American Society for Clinical Investigation and the American Association of Physicians (AAP), and he served as president of AAP. He was elected a member of the National Academy of Medicine and the American Academy of Arts and Sciences. He received the Robert H. Williams, M.D. Distinguished Chair of Medicine Award from the Association of Professors of Medicine, a Lifetime Achievement Award from the Collaborative Group of the Americas on Inherited Colorectal Cancer, and the Harriet P. Dustan Award for Science as Related to Medicine from the American College of Physicians. He is currently vice president of the American Gastroenterological Association and will be president in 2022.